Financial Contributions by Parents and Third Parties: Gift or Loan?

It is becoming more common for parents to provide financial assistance to their children either before or during a marriage, particularly in the current property climate.

So how are these financial contributions treated at separation? The answer very much depends on the intention of the contributor party at the time of the advancement of funds, not at separation.

A parent or third party may advance significant sums of money to one or both parties to a property settlement, the characterization of the funds may have a significant impact on the asset pool available for distribution. If the Court determines that the advance is a loan that is repayable, there will be less assets available to split between the parties.

Often, we see informal loans between family members, such as a conversation or handshake agreement. This can then cause serious difficulty for the person who wants their funds back and usually once the parties separate. In almost all cases the spouse who wishes to benefit from a larger pool will also deny the existence of a loan. The parents or third party loaning the funds will often need to be joined to the proceedings, resulting in more expensive litigation.

If the funds are deemed a gift then the gift is generally classified as a financial contribution on behalf of the party of that parent. By way of example in the matter of Kessey the wife’s mother gave the parties $75,000 which was used for renovations of the matrimonial home. The Court said that a contribution from a party’s parent may be deemed to be a contribution “made by or on behalf of the party who is the child of the parent unless there is evidence which establishes it was not the intention of the parent to benefit only his or her child.”

The existence of the loan, if not reduced in writing, may either be characterized as a loan or gift and evidence may be gathered from other sources in the event there is a dispute and in absence of or in addition to a written agreement. In a very recent case Phe & Leng [2019] the Full Court of the Family Court upheld a decision from Justice

Le Poer Trench in the Family Court of Australia who allowed into evidence an SMS text message from the wife to the husband offering the return of the sum of $145,000 to the husband’s father, thereby admitting a loan owed to her father in law. The wife argued against the admissibility of the message citing that the message was sent during negotiations and not evidence of her admission and evidence that should be inadmissible pursuant to the Evidence Act. The Full Court did not agree with her.

If you are considering loaning money to your child or your parents have loaned you money, a formal loan agreement should be drawn up and signed by all parties to the loan before or at the time the loan is made, including the spouse. Independent legal advice should also be obtained to prevent a spouse later asserting that they did not know what they signed or that it was simply presented to them to sign. 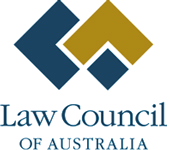 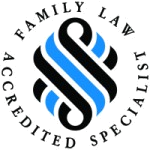